Paralyzed from the waist down in a car wreck in his senior year of high school, a young Louisiana man’s athletic career took a nosedive. Yet he overcame his physical obstacles to such an incredible degree that he competed in the 2012 Paralympic Games.

However, the 34-year-old considers winning the heart of his true love his biggest achievement of all. 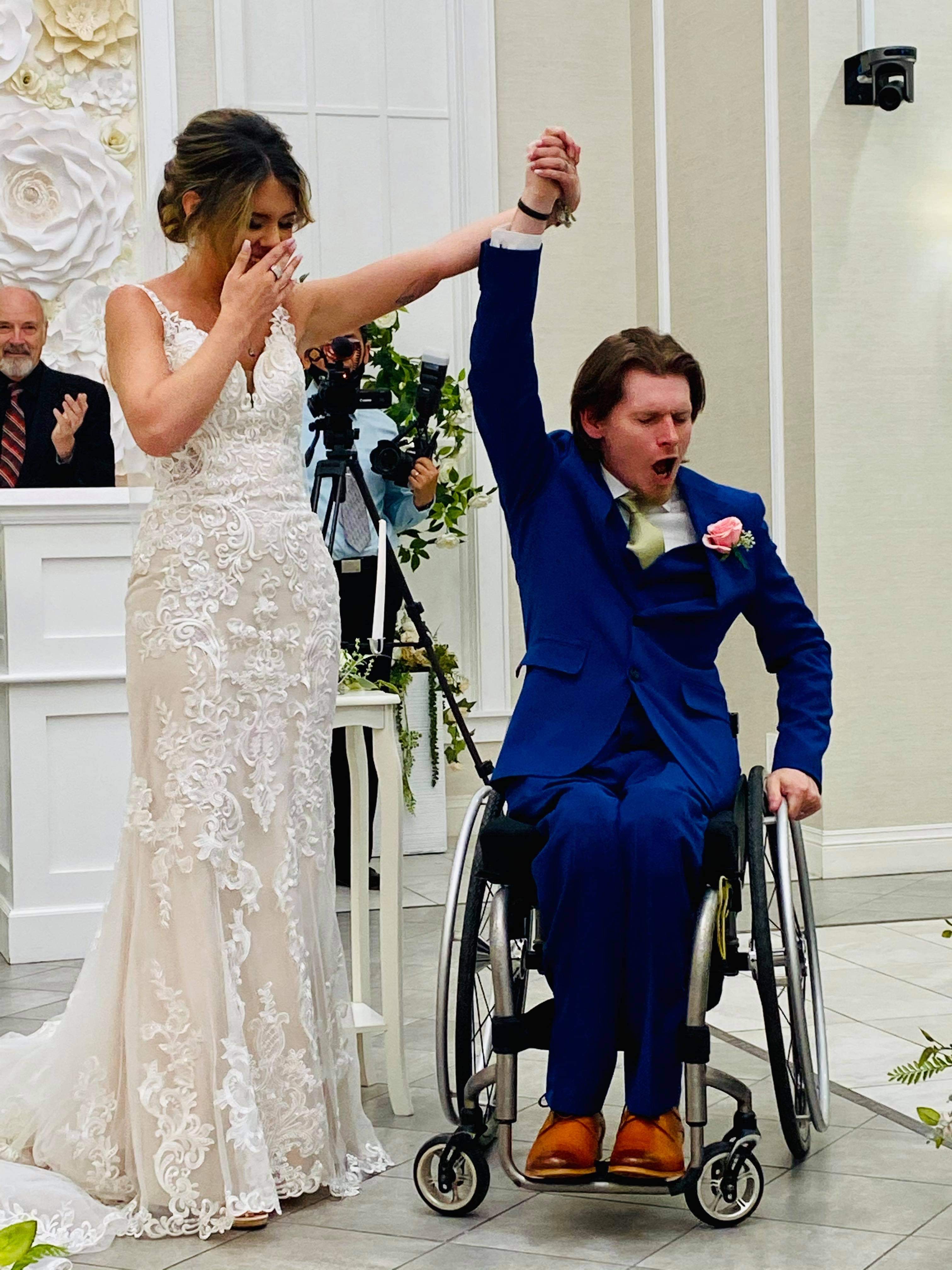 At their dream wedding in June, Ryan Estep stood up, with the help of friends, to join his beautiful bride, Chandler Dendy Estep, in their first dance as husband and wife.

Speaking to The Epoch Times via email, Ryan told his story.

“Before my accident, I was preparing to play college football,” he said.

Very headstrong since growing up on the bayou in Monroe, Louisiana, Ryan remembers the accident as “a strong wake-up call” for his past self—the competitive football captain dating the head cheerleader.

“I didn’t treat people well and didn’t really value others,” he recalled.

The wreck dashed Ryan’s plans of a college sporting career, but he refused to be defeated. He changed lanes, taking up fencing over football and inspiring others with his perseverance. 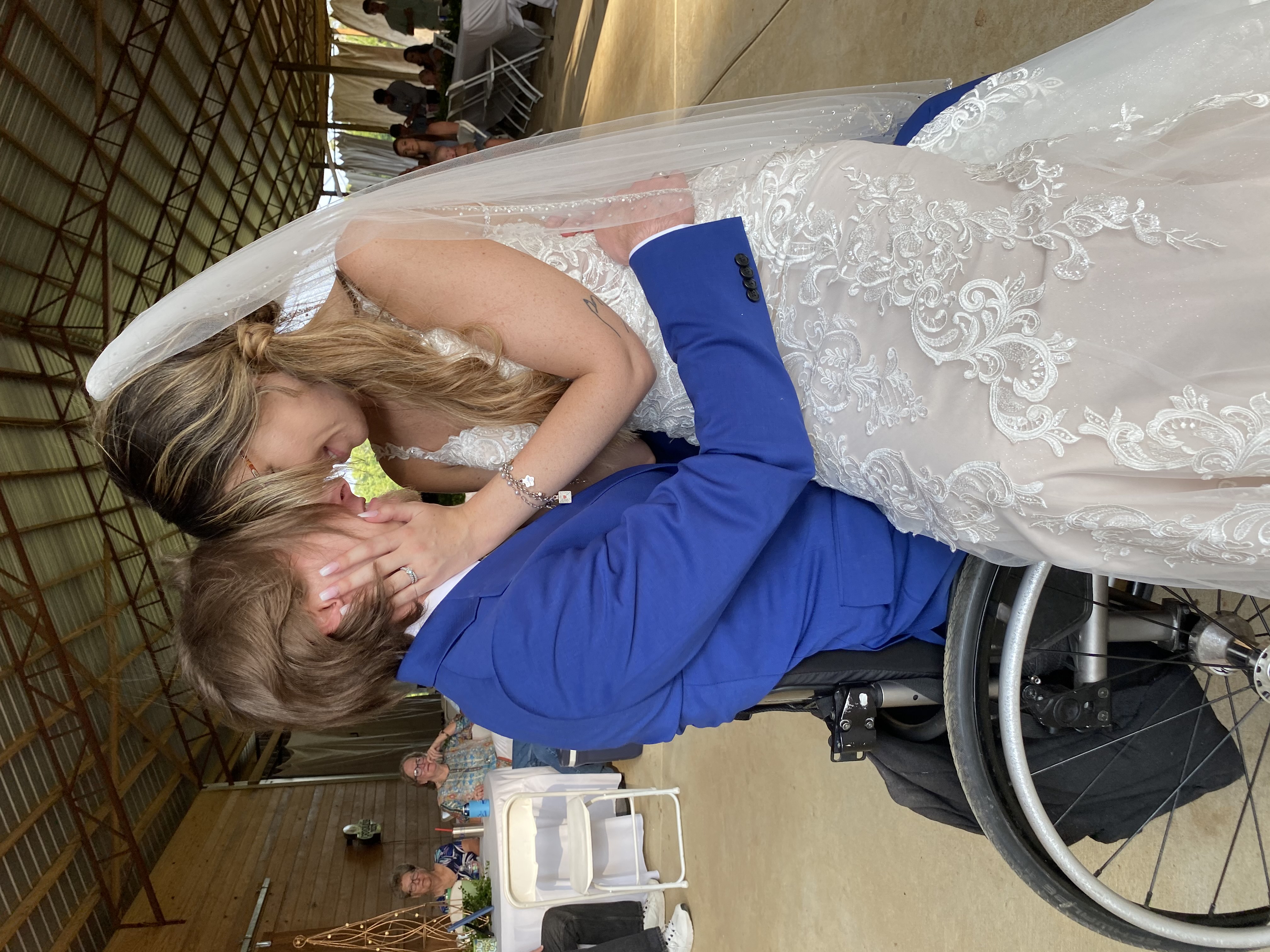 With his thirst for competition intact, he entered the London 2012 Paralympic Games.

Ryan continued to accept life challenges and graduated from college and even started motivational speaking.

Then he met his soulmate Chandler through a mutual friend named Mac, who maintains he always knew the pair would be a perfect match.

“I had to almost beg her to finally go on a date,” Ryan said, “but once she finally agreed, it was all she wrote.”

For their one-year anniversary, Ryan booked a trip to Five Point Mountain with a very romantic ulterior motive. “I was so excited after hiding the ring from her for three months I proposed five minutes after we got there,” he said.

The couple married on June 5 at Bliss Chapel, Las Vegas, calling the day the best of their lives so far.

Unbeknown to Chandler, Ryan had yet another odds-defying trick up his sleeve; with the help of two friends, he planned to stand and embrace his bride for their very first dance as husband and wife.

After some funny fails behind the scenes, the trio worked out the best way to strap each of Ryan’s legs to one of his friend’s legs so that they could walk as one. Despite all their practice, “everything changed when it was game time,” Ryan said.

“When I saw his friends slide their chairs beside him, I lost it!” Chandler said. “All I wanted was to wrap around him and dance with him. He completely surprised me, I couldn’t believe what I was seeing.”

Ryan added: “When she wrapped her arms around me, the world stopped. I was overwhelmed with emotions. If anyone asks, I had dirt or something in my eyes. It truly was the best day of our lives.”

The newlyweds, who have moving footage of the special moment to treasure forever, plan to bring “a couple little athletes” into their family in the future.

When asked by The Epoch Times what they love most about each other, Ryan cited Chandler’s boundless compassion. Chandler hailed her husband as “the greatest man” she has ever met.

“Accept the unexpected and embrace happiness,” she tells others.

The newlyweds just after their first dance at the reception back home. (Courtesy of Ryan Estep)

Ryan, who now owns his own home in Florence, Mississippi, works full time in a logistics department, and is not dependent on any type of government assistance, believes that the only thing that can truly ever hold one back is the mindset.

“If you think you can, or you can’t, either way, you’re right,” he said. “All of the accolades and accomplishments were only possible because of my mindset: to continue to accept the challenge.”

“But,” he added, “I consider making Chandler fall ‘head over wheels’ for me my greatest accomplishment of all.”