Surprised Boyfriend Sobs After Unwrapping Portrait Of Him With Late Parents

The loss of a parent can leave an unimaginable hole in one’s heart. Rick, the man from Detroit whom you’re about to meet, knows this type of loss firsthand.

Both of Rick’s parents passed away about 10 years ago. 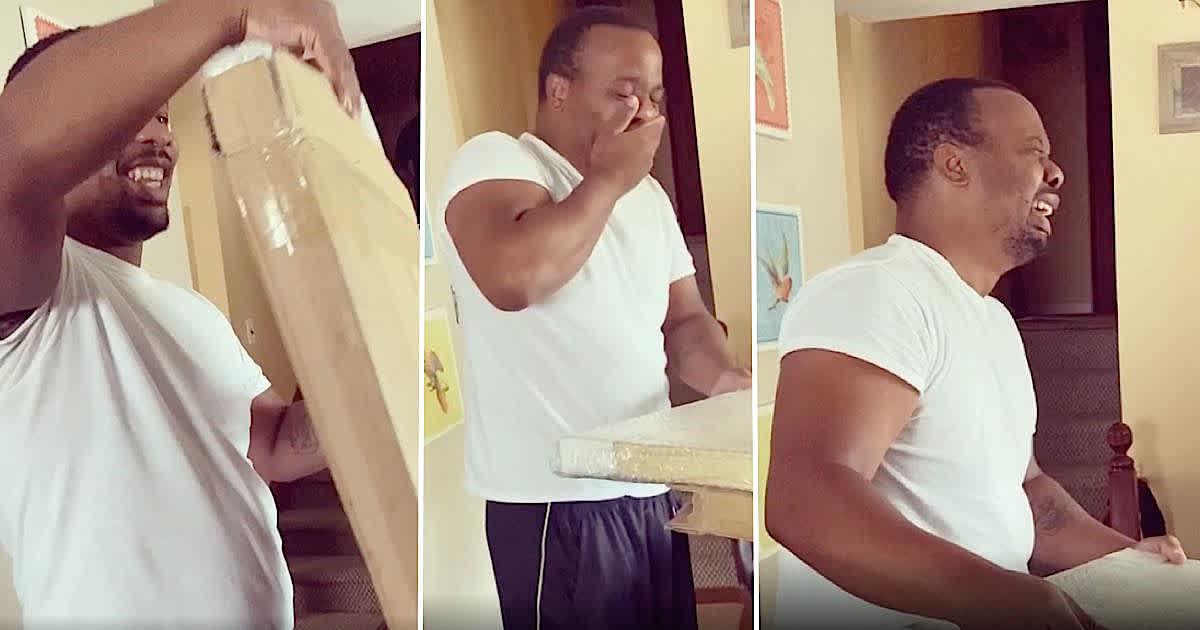 In the touching video below, Rick’s girlfriend of six years, Whitney, presents him with an unexpected gift.

After giving birth to their daughter, Whitney bought a portrait of Rick with his parents, “since it’s something that could never happen.” At first, Rick was delighted to just be on the receiving end of a gift. He had no idea what he was about to find underneath the cardboard wrapping.

The new father began sobbing as soon as he realized what he was actually looking at. “As you can see the reaction was priceless,” Whitney told Newsflare. We could not agree more. Check out this tear-jerking moment in the clip below.